Understand why Trump’s negotiations prevailed and failed. Learn from internationally-recognized negotiation expert, Marty Latz, as he and an expert panel analyze numerous Trump negotiations and guide you through many of Trump’s strategies, highlighting which to use and avoid. Trump’s deal-making past provides insight as to how he will negotiate with the rest of the world - and what it means for everyone’s future.
Based on Latz’s new book, The Reality of the Deal: An Eye-Opening Look at How Trump Really Negotiates, Latz will present a series of Trump’s negotiation strategies to a blue-ribbon panel of expert lawyers and negotiators.
Watch the sparks fly as Latz presents numerous Trump business and presidential negotiations and the panel:

“Donald Trump’s entire persona is wrapped up in his belief that he is the best negotiator ever. … What kind of a negotiator is Trump? How much of the puffery is real, and how much is fake? How does his success—and lack thereof—in the business world translate into negotiating skill and power in the White House? These questions are answered powerfully and systematically in [Marty Latz’s] new readable and cogent book.”
Norman J. Ornstein, Resident Scholar, American Enterprise Institute,
Co-Author of The New York Times Bestseller One Nation After Trump

The panel includes both Democratic, Republican, and Independent expert negotiators. 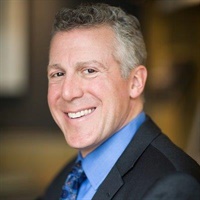 Martin E. Latz, Founder of the Latz Negotiation, has trained over 100,000 lawyers and business professionals around the world to more effectively negotiate, including in Bangkok, Beijing, Brussels, Hong Kong, London, Prague, Seoul, Shanghai, and Singapore.

Latz - a Harvard Law cum laude graduate – is the author of Gain the Edge! Negotiating to Get What You Want and his new bestseller The Real Trump Deal: An Eye-Opening Look at How He Really Negotiates. He has also appeared as a negotiation expert on CBS, CNN, MSNBC and FOX and in many national publications, including USA Today, Politico, US News & World Report, The Christian Science Monitor, The Economist, South China Morning Post, and many more. He writes a monthly negotiation column that appeared for many years in The Arizona Republic and that now is e-mailed to almost 40,000 readers per month. 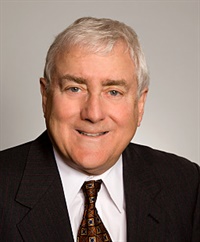 PAUL ECKSTEIN is a partner at Perkins Coie LLP.  A graduate of Pomona College and Harvard Law School, Eckstein has practiced law since 1965.  For the last 40 plus years Eckstein's practice has focused on civil litigation matters at both the trial and appellate level, with special emphasis on First Amendment, state constitutional, election, antitrust, intellectual property and commercial law issues. In 1988 Eckstein served as co-prosecutor in the impeachment trial of Gov. Evan Mecham. Eckstein has recognized locally and nationally with too many awards to be listed here, some recent ones include the Sandra Day O’Connor College of Law at Arizona State University Gold ‘n Gavel Award in 2016, the Best Lawyers’ Phoenix "Bet-the-Company Litigation Lawyer of the Year" in 2012 and 2014, and the "Phoenix Appellate Practice Lawyer of the Year" in 2010 and 2013. 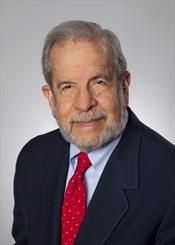 MARK HARRISON is a partner at Osborn Maledon, P.A. A graduate of Antioch College and Harvard Law School, Harrison has practiced law since 1961. His practice specializes in legal and judicial ethics and professional responsibility, alternative dispute resolution, and appellate and commercial litigation. During his storied career, Harrison has received numerous awards, including the Charles W. Kettlewell Legal Ethics Advisory Award given by the Association of Professional Responsibility Lawyers, the ABA Judicial Division’s Burnham “Hod” Greeley Award, and the National Conference of Bar Presidents NCBP Fellows Award.

Paulina Vazquez Morris has a distinguished career in both public service and private industry.  Ms. Morris has extensive experience in the healthcare and legal industry, working for Banner Health, Doctors Community Healthcare Corporation and the national law firm of Kutak Rock.  She has served three Governors, as General Counsel to the Arizona Board of Regents (the governing body for Arizona’s University system), General Counsel to the Arizona Department of Economic Security and served as Deputy Director and General Counsel for the Arizona Department of Administration.

In the political realm, Paulina served as an elected board member to the Maricopa County Special Health District.  In 2004, she received over 60,000 votes to represent District 3 and was twice elected by the board as its chairman.

In 2010, she sought election to the United States Congress in Arizona’s 3rd Congressional District.  Ms. Morris’ public service career began as a legislative and legal intern in the United States House of Representatives and the Arizona State Senate. She also served as a legal extern to the Federal District Court of Arizona.

Paulina is currently pursuing her passion and dream of becoming a rabbi.  She commutes to the Los Angeles campus of the Hebrew Union College Institute of Religion.

Ms. Morris earned both her Bachelor of Arts and Juris Doctor degrees from the University of Arizona in Tucson. She continued her education with distinction garnering Masters Degrees in Business and Health Administration at Arizona State University.

Ms. Morris serves on numerous community and civic boards.  Her favorite, and most important position to date, is being the proud mother of two sons – Diego (17) and Mateo (15). 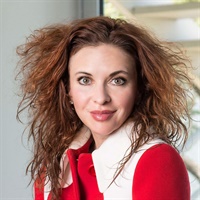 JORDAN ROSE founded the Rose Law Group 18 years ago and has grown it to the largest woman-owned law firm in Arizona history. Rose Law Group is a full-service business and real estate law firm, providing services ranging from trusts and estates and family law to employment, business litigation, class actions, renewable energy, business and real estate transactions, Cannabis, zoning/land use and lobbying. Jordan practices in the areas of business consulting, government relations, municipal issues, land use, zoning, administrative law and lobbying. Jordan is a prolific author on real estate and zoning legal issues and has appeared on CNN as a legal commentator for the Jodi Arias trial and others. She is a frequent guest on Channel 12News, Sunday Square Off, and has appeared on KAET’s Channel 8, Horizon, and various radio and television programs. Jordan often provides legal commentary on a wide range of legal issues and active cases for local, state and national news programming. Jordan is a former finance chair of the Arizona Republican Party and has served on numerous non-profit boards for many years.

GARY STUART spent 32 years as a partner in Jennings, Strouss & Salmon, PLLC, in Phoenix Arizona. He now practices part time as Gary L. Stuart, P.C. He earned degrees in Finance and Law at the University of Arizona. Martindale-Hubble lists him as an A-V lawyer and a Premier American Lawyer. He was profiled in Who’s Who in American Law (First Edition). He is a sustaining member of Best Lawyers in America, Arizona’s Finest Lawyers, and Southwest Superlawyers. The Maricopa County Bar Association inducted him into its Hall of Fame in October 2010. The National Institute of Trial Advocacy honored him with its Distinguished Faculty designation in 1994. The University of Arizona Alumni awarded him its 2016 Professional Achievement Award. He holds the juried rank of Advocate and served as President of the American Board of Trial Advocates (Arizona Chapter). Stuart completed an eight-year term on the Arizona Board of Regents, and served as its President in 2004-2005. He taught as Adjunct Faculty at the University of Arizona James E. Rogers College of Law (2000-2005).
He has been on the Adjunct Faculty at the Sandra Day O’Connor College of Law since 1994, where he continues to teach Legal Ethics, Legal Writing, and Appellate Advocacy. He also serves as Senior Policy Advisor to the Dean at the ASU College of Law.
He limits his part-time law practice to legal ethics, bar admission, professional discipline, law firm consulting, and expert witness work in legal malpractice and ethics cases.
He served three terms on the Arizona State Bar’s Case Conflict Committee as its Probable Cause Panelist and is a current member of the Arizona Supreme Court’s Attorney Disciplinary Panel, which hears disciplinary cases. He was a member of the Arizona State Bar Rules of Professional Conduct Committee for 23 years and served as its chair for ten years. He has written more than fifty ethics committee opinions. He served on numerous ethics-related committees at the state and national levels. He wrote two published books on ethics, and more than one hundred law review and journal articles, op-ed pieces, essays, stories, and CLE monographs.