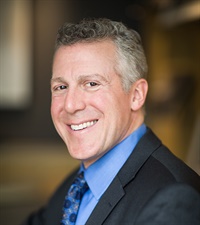 NEGOTIATING DURING A CRISIS PRESENTS UNIQUE CHALLENGES - INCLUDING IN MANY LEGAL NEGOTIATIONS.

Your medical expert witness asks for a “bonus” during the crisis given the huge demand now for his services. How should you respond?
Should you extend your payment terms to a client during this crisis - even though you need the cash for rent?
How - if at all - should you take advantage of the crisis in negotiating your client’s partnership deal given that your counterpart’s business just took a huge hit?

How you negotiate in these situations may also permanently impact your practice and reputation. And it will certainly affect your results, for yourself and your clients. Learn what strategies and tactics you should use - and what you should avoid - during these surreal times.
Martin Latz is one of the nation’s leading experts and instructors on negotiating techniques. A Harvard Law honors graduate, Marty will help empower you to face these challenging situations. 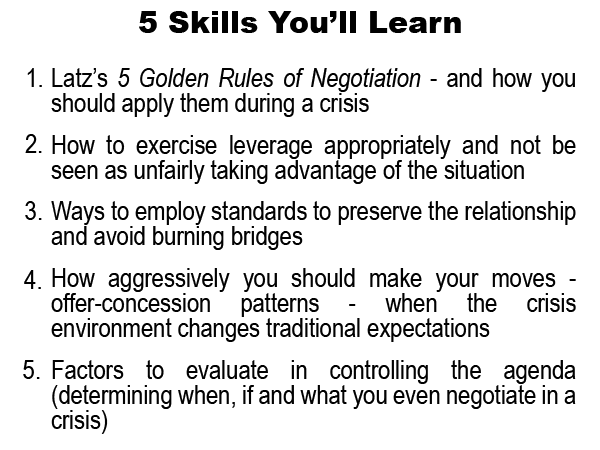 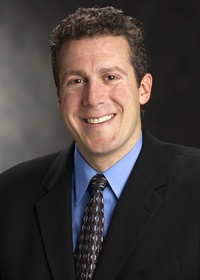 MARTY LATZ is the founder of Latz Negotiation and has trained over 100,000 lawyers and business professionals around the world to more effectively negotiate, including in Bangkok, Beijing, Brussels, Hong Kong, London, Prague, Seoul, Shanghai, and Singapore. An Adjunct Professor – Negotiation at Arizona State University College of Law from 1995 to 2005, Latz has also negotiated for the White House nationally and internationally on the White House Advance Teams. A Harvard Law cum laude graduate, Latz is the author of Gain the Edge! Negotiating to Get What You Want and the new book The Reality of the Deal – An Eye-Opening Look at How Trump Really Negotiates. He has appeared as a negotiation expert on CBS’ The Early Show and such national business shows as CNN’s Your Money and FOX Business.

He writes a monthly negotiation column that appeared for many years in The Arizona Republic and that now is e-mailed to almost 40,000 readers per month. He also taught as a Teaching Fellow at Harvard’s Kennedy School of Government, where one of his students was former President Barack Obama.