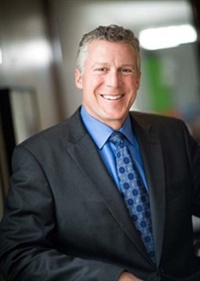 ABC News’ Good Morning America anchor George Stephanopoulos has called Marty Latz “one of the most accomplished and persuasive negotiators I know.” The founder of Latz Negotiation, a national negotiation training and consulting firm, Latz also taught negotiation as an Adjunct Professor of Law at Arizona State University’s College of Law from 1995 to 2005.

Since 1995, Latz has taught over 100,000 lawyers and business professionals around the world how to more effectively negotiate – including in Hong Kong, London, Beijing, Shanghai, Singapore, Prague, Brussels, Seoul and Bangkok - and has negotiated for The White House nationally and internationally on The White House Advance Teams.

Mr. Latz is the author of Gain the Edge! Negotiating to Get What You Want and The Real Trump Deal: An Eye-Opening Look at How Trump Really Negotiates. He has also appeared as a negotiation expert on CBS, CNN, MSNBC and FOX and has been cited in USA Today, Politico, The Economist and many other publications. He also has written a monthly negotiation column for various newspapers since 1999.